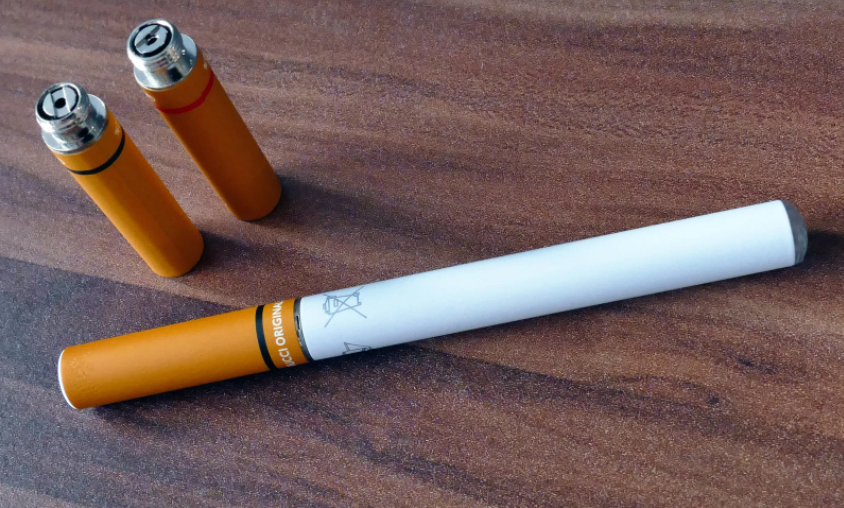 Are all e-cigarettes the same

Are all e-cigarettes the same? This is an important question for many smokers when considering switching to a device that supplies their tobacco habit in a safer, healthier way. There are many e-cigarette companies on the market selling disposable and rechargeable products. Each of these brands have their own philosophy about e-cigarettes. 1.There's not just […]

Are all e-cigarettes the same? This is an important question for many smokers when considering switching to a device that supplies their tobacco habit in a safer, healthier way. There are many e-cigarette companies on the market selling disposable and rechargeable products. Each of these brands have their own philosophy about e-cigarettes.

1.There's not just one type of e-cigarette.

2.E-cigarettes are commonly referred to as "vapes" .

3.While all ecigarettes deliver nicotine,they dont all deliver it equally.

4.1ml of e-liquid equals about 20 cigarettes.

Theres not just one type of e-cigarette

There's no one kind of e-cigarette. Whether you're looking for a vaporizer or a traditional cigarette, you can find one that suits your needs. Vape products differ in size, shape, and flavor, but they all contain the same basic components. The e-cigarettes heat liquid mixture, which can contain varying amounts of nicotine and flavorings, and then convert it into vapor. It's the vapor that makes the user feel like they're smoking.

A battery-powered e-cigarette works by heating a liquid into an aerosol. These liquids contain nicotine, flavorings, and other chemicals, including cannabinoids. While the FDA does not require manufacturers to disclose the contents of their liquids, some products do not include all of the chemicals they contain. As a result, some e-cigarettes contain incorrect or incomplete information on the labels.

E-Cigarettes Are Commonly Referred to As Vapes

The FDA regulated liquid solutions in e-cigarettes, commonly known as vapes. Because they contain nicotine derived from tobacco, they are regulated like tobacco products by federal authorities. As a result, the federal government raised the legal age to buy tobacco products from 18 to 21 years old. In January 2020, the FDA issued a policy governing the sale of flavored vaping cartridges.

However, these devices are not without risks. The primary ingredients in both cigarettes and e-cigarettes are nicotine and propylene glycol. Nicotine is highly addictive, leading to withdrawal symptoms and heart attacks. In addition to its addictive properties, nicotine is also a tad toxic. Nicotine increases blood pressure and adrenaline levels, resulting in increased heart rate and a greater risk of a heart attack.

While all ecigarettes deliver nicotine,they dont all deliver it equally

While all e-cigarettes contain nicotine, not all of them are equally harmful to your health. In fact, nicotine has many known health effects. Not only can it cause addiction, it can also damage adolescent brain development, which doesn't stop until the mid-20s. Furthermore, it's been linked to arterial hardening, which can lead to a cardiac event.

To determine if e-cigarettes are harmful for smokers, researchers have compared them with traditional cigarettes. According to psychologist Thomas Eissenberg, e-cigarettes and traditional cigarettes both contain high amounts of nicotine, but there is a big difference between the two. In addition to the difference in nicotine content, the newer devices also vary in flavor. However, all of them contain nicotine, which means that the amount of nicotine you get depends on the vaping liquid.

While all e-cigarettes deliver nicotine, not all of them are equally effective. For example, VGOD e-cigarettes can cause serious injuries. In one recent case study, a 17-year-old Nevada teen was hospitalized after ingesting an e-cigarette containing nicotine-laced liquid. The teenager suffered an extensive laceration of the mouth, multiple disruptions of his lower incisors, and a bony incongruence in his left mandible.

While all e-cigarettes deliver nicotine, not all of them are created equal. In fact, FREETON is one of the most popular e-cigarettes among young adults. FREETONs are small enough to fit into the palm of a hand, and they emit only a thin stream of vapor. While these products contain nicotine, they are safer than traditional cigarettes because they don't contain tobacco or produce toxic vapor. While all e-cigarettes contain nicotine, it's only the amount of nicotine that's harmful to adults that makes them attractive to a would-be smoker.

1ml of eliquid equals about 20 cigarettes

How many puffs does 1ml of e-liquid have? According to some estimates, the equivalent of one cigarette is about 20 puffs, but these are just estimates. Vapers also use the devices differently. Compared to conventional cigarettes, e-cigarettes are equipped with small batteries, high coil resistance, and a small amount of e-liquid. Most manufacturers say that one cartridge contains about the equivalent of a pack of cigarettes.

Most e-liquids come in various strengths, but different companies do not have the same standards. It is better to look at the milligrams of nicotine. For example, one ml of e-liquid contains about the same amount of nicotine as a pack of 20 regular cigarettes. A few different companies offer e-liquids with lower nicotine levels, but most vapers are satisfied with the lower dosage.

In terms of nicotine content, a typical bottle of e-liquid contains about nine milligrams of nicotine. A cigarette contains about ten milligrams of nicotine. So, two millilitres of vape juice equal about two packs of cigarettes. To be safe, you should test the nicotine content of your chosen e-liquid before using it to quit smoking. If you're not sure what you're getting into, try using a tampon instead. The difference is minimal, but it is an important consideration.

When choosing an e-liquid that contains nicotine, you should keep in mind how much you smoke. It's a fact that one cigarette contains between six and twelve milligrams of nicotine. When you vape, you take about three to four drags per session. The same applies to the nicotine in your e-liquid. However, the nicotine content in your vape juice may be higher than in cigarettes.

Ultimately, the best way to determine which e-cig is the best for you will be to experiment with different varieties, brands and flavors. It truly depends on your needs and wants, and the best way to find what will work for you is to try them on a case by case basis.

why is my vape pen blinking 10 times